The Queen of Sheba heard of the famed King Solomon’s supposed wisdom, and she thought, hmmm? Maybe that’s true, but perhaps it’s not?

In a bid to find out for herself, an excellent response in itself, the Queen travelled to Jerusalem with a great train of camels, bearing spices, gold, and precious stones, to meet Solomon. Armed with a plan to test him by posing riddles, which sounds a little strange but quite good fun.

For the single folks out there, perhaps you may want to consider this tactic prior to any upcoming first dates? Although, it’s may be better to leave the precious stones until the second date. But I digress.

In the midrashic account of the event, one of the riddles the Queen asked was: “What are the seven that issue and nine that enter, the two that offer drink, and the one that drinks?”

Solomon answered: “The seven that issue are the seven days of menstrual impurity. The nine that enter are the nine months of pregnancy. The two that offer drink are the breasts, and the child is the one who drinks” (Midrash Proverbs [Buber ed.] 1).

You gotta love both the question and the answer — neither is so obvious.

Another midrash tells us that due to “Solomon’s wisdom and the miracles that God had performed in his time, she proclaimed: “Praised be the Lord your God,” and with this declaration she expressed her desire to join the people of Israel. The Rabbis compare the Queen of Sheba with Jethro and with Rahab, two important Gentiles who sought to adhere to Israel.” (read more about this over as our friend’s Jewish Women’s Archive.)

To add even more drama to this great little meet-cute: not only did the Queen convert out of her own volition, but there was also a sexual liaison between her and Solomon, which produced a son. Birthed in her home and raised in her new faith.

And this, my friends, is how we have the Beta Israel of Ethiopia.

The Beta Israel (meaning House of Israel) claims descent from Menilek I, traditionally understood as that very son of the Queen of Sheba and King Solomon. Menilek of course being the Aramaic word for riddles. I kid, I kid.

Celebrated on the 29th of Cheshvan – 50 days after Yom Kippur – Sigd had become a traditional Ethiopian Jewish holiday celebrated exclusively within the country. Although it had been celebrated continuously for centuries by most of the Diaspora, before fading into obscurity, leaving only Ethiopian Jews keeping the tradition alive.

Due to the influx of Ethiopians to Israel, most famously during Operation Moses in 1984 and Operation Solomon in 1991, Sigd became a national holiday in Israel in 2008.

Dr. Shula Mola is an Israeli civil and human rights activist, educator, and 2021-2022 postdoctoral fellow at the Schusterman Center for Israel Studies at Brandeis University. Having moved from Ethiopia to Israel in 1984, Mola explains in her article in the Times of Israel, “once in Israel, Sigd quickly found a place in our community’s life.”

Still, Mola had reservations to the initial idea of attempting to make Sigd a national holiday during her tenure as chairwoman of the Association of Ethiopian Jews.

“I worried that we were trying too hard to ask Israeli society to accept our culture. I preferred to fight against racism and promote equality in education and employment.” Ms. Mola writes, “over time, I realized that there is no full integration without recognition, no equality without belonging. The fight for Sigd was an integral part of our struggle.”

And what exactly is Sigd? Mola explains it best: “the heart of Sigd is in the renewal of the covenants between a person and G-d, a person and the community, and a person and society. The day’s customs reflect and strengthen these bonds — charity, togetherness, singing, dancing, and communal meals.” Amen.

Read Dr. Shula Mola’s terrific article in full in The Times of Israel: Sigd is not just a holiday for Ethiopian Jews. It means Israel sees us. Shula Mola received her doctorate from Ben-Gurion University of the Negev, with a dissertation focusing on the impact of technology on activist immigrants. Dr. Mola is a founding member and key activist of Mothers on Guard – a group of mothers who protest police brutality against youth of Ethiopian origin. She also serves on the boards and councils of the Ministry of Justice’s National Anti-Racism Coordinator’s Office, the New Israel Fund, Gesher Multicultural Film Fund, and Jerusalem Culture Unlimited. And less exciting for her, but we would be remiss to not mention: Dr. Mola is also officially one of New Jew Kitchen’s heroes.

And now for a recipe. Only one here today, the post got a little bit longer than usual. What can I say? I regret nothing. I will be featuring more Ethiopian recipes soon. Watch this space!

Via our great friends at Lilith, the BRILLIANT Beejhy Barhany owner of the awesome Ethiopian restaurant in New York City, Tsion Café, shares her recipe for Dabo Ethiopian Bread.

Dabo means wheat bread and the full name is yemarina yewotet dabo, which means honey and milk bread. Some say it reminds them of the land of milk and honey, and so Dabo Bread is sometimes also called the Promised Land Bread.

1. In a small bowl, dissolve yeast in warm water. Put aside and let it sit for 30 minutes.

2. In a large bowl, mix all of the dry ingredients (flour, sugar, and salt).

3. Add yeast, oil, and egg to dry ingredients and mix.

4. Add water gradually to the mixture. Begin to knead the dough until it becomes soft and elastic.

5. Apply oil to your hands and make a sphere out of your dough.

6.  Place dough into a large bowl and cover with a towel. Let rise for one hour.

7. Still in the bowl, continue to knead the dough to get rid of any excess air.

Beejhy Barhany is an entrepreneur, and activist, who was born in Ethiopia, raised in Israel, and currently resides in New York. She is the founder of BINA Cultural Foundation non-profit dedicated to celebrating and advocating for Ethiopian Jews in North America. Follow her on Instagram, and lucky you if you are out and about in NYC, stop by her wonderful restaurant. 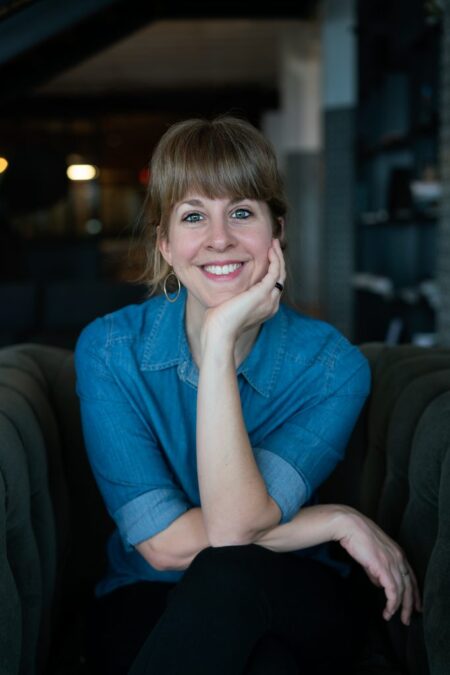 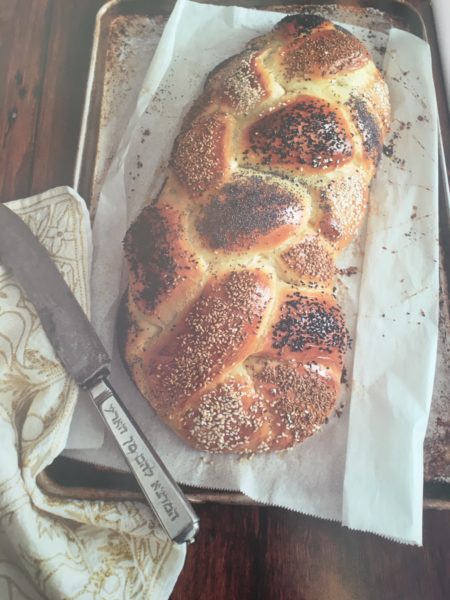